Apple has announced it has sold over 10 million new iPhone 6 and iPhone 6 Plus models in just three days. The number, which is a record, comes just days before the new handsets arrive in 20 additional countries.

Sales for iPhone 6 and iPhone 6 Plus exceeded our expectations for the launch weekend, and we couldn’t be happier. We would like to thank all of our customers for making this our best launch ever, shattering all previous sell-through records by a large margin. While our team managed the manufacturing ramp better than ever before, we could have sold many more iPhones with greater supply and we are working hard to fill orders as quickly as possible.

Apple promises that the iPhone 6 and iPhone 6 Plus will be available in 115 countries before the end of the year.

See also: Tim Cook celebrates the release of the iPhone 6 and iPhone 6 Plus, College Humor: An iPhone 6 ‘with the features you actually want,’ and Apple never planned to use sapphire crystal on the iPhone 6. 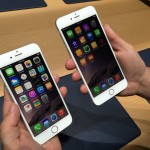 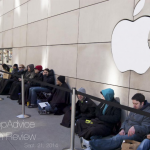 The AppAdvice week in review: All about iOS 8 and iPhone 6, iPhone 6 Plus
Nothing found :(
Try something else