“It Doesn’t Take a Genius” to #NoteTheDifference.

That’s according to Samsung, which has just released a series of half-minute video ads touting its recently announced Galaxy Note 4 smartphone and Gear S smart watch while poking fun at Apple’s newly unveiled iPhone 6, iPhone 6 Plus, and Apple Watch.

The videos show a couple of so-called Geniuses — parodying Apple’s Genius tech support staff, of course — in skits that essentially point out key differences between Samsung’s flagship offerings and Apple’s.

Most of them mock the 4.7-inch iPhone 6 and the 5.5-inch iPhone 6 Plus by noting the Note 4′s 5.7-inch Quad HD Super AMOLED display, multi-window capability, S Pen stylus support, and fast charging system:

One of the videos calls attention to the Apple Watch’s having to require an iPhone for it to fully work, whereas the Gear S can work as a standalone device:

The videos come just a day after Apple’s special media event that saw the unveiling of the iPhone 6, the iPhone 6 Plus, and the Apple Watch. One of them even mocks Apple’s bungled live stream of the event, which was riddled with interruptions and distractions:

Apple is set to release the iPhone 6 and the iPhone 6 Plus on Friday, Sept. 19, and the Apple Watch early next year. Samsung is scheduled to launch the Galaxy Note 4 and the Gear S this fall. 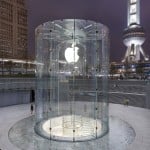 Apple's iPhone 6 launch in China reportedly delayed by regulatory setbacks
Ahead of Apple Watch launch, Apple hires Gap marketer as its new global marketing director
Nothing found :(
Try something else