Apple has unveiled its new smart watch, and in doing so the Cupertino, California company has introduced a brand new developer program, too: WatchKit.

Already, a bunch of third-party developers are developing for the Apple Watch. Included in this selection is Facebook, Twitter, BMW, MLB, and Honeywell. An American Airlines app is also in development, Apple noted.

We should see the Apple Watch launch in “early 2015,” and given the availability of WatchKit for developers, by that time an even greater selection of compatible applications should hopefully be in the works.

As always, we’ll keep you updated with more information on the Apple Watch as we receive it. You can check on our main page for more of today’s stories.

Are you excited for the Apple Watch? 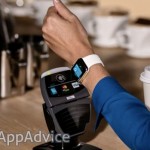 Just like the iPhone 6, the Apple Watch will work with ApplePay 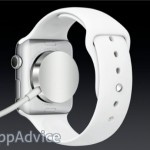 The Apple Watch features a MagSafe-like charging system
Nothing found :(
Try something else