It looks like it may be awhile before we can get our hands on the Apple Watch. Apple doesn’t plan on releasing its first wearable device until February 2015, according to The Information (via Business Insider).

Initially, Apple planned on releasing its new product before the end of the year. Unfortunately, software issues delayed the launch:

One person briefed by the Apple department involved in shipping the watch quipped that Apple would be “lucky to ship it by Valentine’s Day.” Apple has said only that the watch would ship in early 2015, and a spokeswoman did not comment for this article.

Apple has previously said to expect the new device in “early 2015.”

Personally, I don’t care about an Apple Watch delay (if you can call it that), as long as the end result is an impressive device worth having. Besides, wouldn’t it make the perfect Valentine’s Day gift?

See also: It looks like the Apple Watch will need to be charged nightly, Apple Watch said to gain additional sensors and ‘richer’ features for health and fitness, and Lingering questions about the Apple Watch are important ones 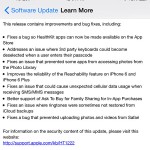 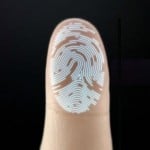 Touch ID can still be hacked on an iPhone 6 and iPhone 6 Plus
Nothing found :(
Try something else