Apple CEO Tim Cook has just paid a visit to one of Foxconn’s factories during what he calls “an early highlight” of his business trip in China.

On his official Twitter account, Cook has posted a photo of himself sharing a laugh with a Foxconn worker holding what appears to be a fully assembled iPhone 6 Plus. (It’s unclear, though, whether the moment of levity they’re sharing are on account of the so-called “Bendgate” controversy concerning the device.)

According to Cook, the photo shows a portion of the assembly line for the iPhone 6 in Zhengzhou, where Foxconn, Apple’s largest manufacturing partner, operates one of its key factories.

Great to meet talented people like Zhang Fan, who helps make iPhone 6 in Zhengzhou. An early highlight of this trip. pic.twitter.com/ALo5d3SiSZ

As noted by AppleInsider, Cook may have visited the plant to personally check on the production progress of the iPhone 6 and the iPhone 6 Plus, demand for which has been “far outstripping” supply.

In particular, the iPhone 6 Plus is said to have been the more in-demand model especially since the new handsets’ launch in China on Oct. 17, reportedly prompting Apple to shift production away from the iPhone 6 in favor of the larger “phablet”-style iPhone.

As reported earlier today, Cook is in China to meet with Vice Premier Ma Kai in Zhongnanhai, the Beijing complex housing China’s central government, to discuss data security following reports of iCloud cyberattacks and phishing incidents in the country. 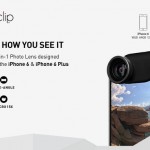 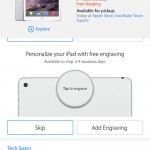 The iPad Air 2 and iPad mini 3 are now available for pick up at your local Apple Store
Nothing found :(
Try something else