The beleaguered Apple sapphire supplier GT Advanced Technologies has announced that it’s set to lay off more than 700 employees at its plant in Mesa, Arizona.

As reported by AZ Central, 727 jobs are affected by the mass layoff, which is scheduled to be carried out from Tuesday, Oct. 21, to Dec. 15:

That includes 524 production workers, 108 technical positions, 70 management jobs and 25 administrative jobs, according to the notice signed by Linda Luman, vice president of human resources for GT.

Following its bankruptcy filing on Oct. 6, GT revealed its plans to wind down its sapphire factories in Arizona and Massachusetts, a move that would cost as many as 890 jobs.

GT’s sapphire material is used as covering for the camera lenses and Touch ID sensors on Apple’s iPhones. The recently released iPhone 6 and iPhone 6 Plus were widely rumored to come with sapphire-coated displays, but Apple reportedly rejected GT’s sapphire supply for the new handsets.

While Apple was “surprised” by GT’s bankruptcy, the tech giant’s withholding of a $139 million payment due to the sapphire maker was reportedly a big reason behind the insolvency.

Last Tuesday, Apple filed a motion asking to make its objections against GT’s bankruptcy filing under court seal to safeguard sensitive data. This came shortly after GT’s agreement with Apple was revealed to impose a fine of up to $50 million per occurrence for leaking information about any of the company’s unannounced products. 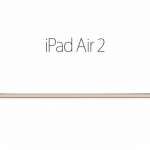 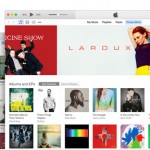 Apple releases a flatter iTunes 12.0.1, designed for OS X Yosemite
Nothing found :(
Try something else