Just over a day ahead of Apple’s special media event widely expected to see the unveiling of new iPads and iMacs, a new report has surfaced claiming that the initial supply of the so-called “iPad Air 2″ will be limited and that the first Retina iMac will begin shipping before the end of 2014.

As noted by MacRumors, Kuo believes that Apple’s next-generation 9.7-inch iPad will generate more customer interest and will be available initially in limited quantities:

Of the new products, we think the market will be more interested in iPad Air 2. However, as the poor yield rate of anti-reflective coating cover lens has delayed mass production, we estimate 2014 shipments of iPad Air 2 of 7- 9mn units, lower than the 12mn units of the then-new iPad Air shipments in 2013. We thus expect iPad Air 2 to contribute less to the supply chain than iPad Air did last year. We also don’t expect the event to boost supply chain shares much.

As for Apple’s next-generation 7.9-inch tablet, dubbed “Retina iPad mini 2,” Kuo predicts that it won’t carry a significant upgrade over the first iPad mini with Retina display, which was introduced last year. The analyst posits that the development of the iPad mini has been somewhat sidelined in favor of Apple’s long-rumored 12.9-inch “iPad Pro.”

Recent reports suggest that the new iPad Air and iPad mini are scheduled to hit the market on Friday, Oct. 24.

As mentioned, Kuo’s report also claims that the first iMac model equipped with Retina display may be expected to become available before the end of the year. That’s the 27-inch Retina iMac, as opposed to the 21-inch Retina iMac, which reportedly won’t be available until the second half of next year. The gap between the two models’ releases is said to be due to the complexity inherent in the simultaneous production of high-resolution displays of different sizes.

Kuo also claims that, as has been reported recently, Apple won’t be introducing new MacBook models, specifically a new MacBook Air with Retina display, at its special media event on Thursday, Oct. 16.

Of course, we’ll know for sure what Apple has in store during the highly anticipated event, which is scheduled to be held beginning at 10 a.m. PDT on the company’s campus in Cupertino, California. Apple will be live-streaming the event and AppAdvice will be covering it as it happens. 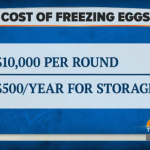 Apple to offer fertility benefit of up to $20,000 to cover costs of employees' egg freezing