CVS and Rite Aid recently announced that they won’t be accepting Apple Pay, Cupertino’s new mobile payment system. In fact, they aren’t going to accept any payment that uses near field communication (NFC), including Google Wallet.

As Forrest Gump once said, “stupid is as stupid does.”

The No. 2 and No. 3 pharmacies in the United States are members of a consortium called the Merchant Customer Exchange (MCX). Other members of MCX include Walmart, 7-Eleven, Best Buy, Dunkin’ Donuts, Kmart, Wendy’s, and other top-tier merchants.

First announced in 2012, the organization promises to bring a unified and reliable mobile payment solution to “virtually any smartphone.” In reality, they are pushing a less secure system built on fading technology.

Called CurrentC, MCX’s system doesn’t even work with credit cards. Instead, it works with prepaid store cards and debit cards tied directly to your bank account. It is supported by QR Codes.

What Apple gets and what no one else in the industry does is that using your mobile device for payments will only work if it’s far easier and better than using a credit card. With CurrentC, you’ll have to unlock your phone, launch their app, point your camera at a QR code, and wait. With Apple Pay, you just take out your phone and put your thumb on the Touch ID sensor.

What a dumb move.

Apple has long been criticized for not offering an NFC-based mobile payment system. Many of those doing the complaining were Android users who were pushing Google Wallet. Now that Apple Pay is here, I’m fairly confident in predicting that CurrentC is dead in the water.

Mark my words: CurrentC is to NFC as Betamax is to VHS, and HD DVD is to Blu-ray.

They’re doing this so they can pursue a system that is less secure (third-party apps don’t have access to the secure element where Apple Pay stores your credit card data, for one thing), less convenient (QR codes?), and not private.

I don’t know that CVS and Rite Aid disabling Apple Pay out of spite is going to drive customers to switch pharmacies (Walgreens is an Apple Pay partner), but I do know that CurrentC is unlikely to ever gain any traction whatsoever.

See also: Visa announces a number of new banks that will soon support Apple Pay, and AppAdvice Daily: How to use Apple Pay and an app that finds stores that accept it. 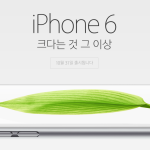 The AppAdvice week in review: Apple Pay's charge and iTunes' steep decline
Nothing found :(
Try something else