Easily the most interesting of the three is the pictured Surge. Available early next year, and costing $249.95, it’s being described as a fitness super watch. Along with GPS functionality and heart rate tracking, it offers a number of smart watch functionalities like the Apple Watch.

A backlit LED touch screen on the Surge features customizable watch faces and allows users to navigate through information quickly. It offers up to seven days of battery life on a single charge.

The Charge, which retails for $129.95, is available now. It’s basically a replacement for the Force, which was pulled from the market earlier this year. Along with tracking steps taken, distance travel, and more, the OLED screen displays the time and up-to-date stats.

A new Caller ID function will show a user who is calling their phone when it is nearby. The clasp and wristband have also been improved. The battery can go for up to seven days before needing to be recharged.

As the name suggests, the Charge HR adds continuous heart rate tracking to the mix on top of the other features included with the Charge. It will be available in early 2015 and retail for $149.95.

Information about all three trackers can be found now on Fitbit’s site.

For other recent accessory news, see: This week in accessories: 6 great case choices for your new iPad Air 2 and more, Olloclip’s 4-in-1 Photo Lens for the iPhone 6 and iPhone 6 Plus brings a pair of new features, and Tylt is offering a great deal on many of its iPhone and iPad Air cases. 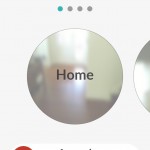 This week in accessories: 6 great case choices for your new iPad Air 2 and more
Nothing found :(
Try something else