You are using an outdated browser. Please upgrade your browser to improve your experience.
by Brent Dirks
October 6, 2014

Even though there is still no official jailbreak for iOS 8 devices, that doesn’t mean you’re confined to Apple’s walled garden. First spotted by iDeviceHype, you can quickly and easily install the SiOS Super Nintendo emulator without modifying your device.

Here’s a quick how to:

And if you need more help, here’s a quick video that shows the process as well. Click here if you can’t see it.

I was able to quickly and easily follow these steps, and now have a number of games like Super Mario Kart, Super Punch-Out, and more on my iPhone 6 Plus.

Just to note, this hack won’t last forever. Starting with iOS 8.1, Apple has closed the date/time bug that allows the emulator to be installed. That software is currently in beta testing and will probably arrive later this month with Apple Pay and other improvements.

For other news today, see: A new aerial shot shows that much progress has been made on Apple Campus 2, A rare iPhone 6 prototype is for sale on eBay, and Apple’s sapphire crystal provider files for bankruptcy. 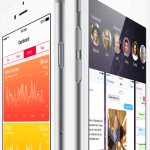 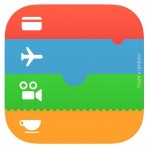 Apple seeks trademark for new Passbook icon in iOS 8
Nothing found :(
Try something else