While we know that the Apple Watch will start at $349 for the low-end Sport version, a new report from iGen.fr claims to have pricing information for the two other models.

The Apple Watch, with a stainless steel case and sapphire display cover, will reportedly cost $500. The Edition, which will offer an 18-karat yellow or rose gold case, will retail from anywhere between $4,000 and $5,000.

And despite recent rumblings that the wearable might not arrive until sometime next spring, the site believes a Valentine’s Day launch is still a possibility.

In general, iGen.fr has had a reliable track record with Apple rumors. Before the unveiling of the iPhone 6 and iPhone 6 Plus in September, the site reported that both handsets would arrive on Sept. 19, which did turn out to be the case.

Even though I think The Edition price sounds within the realm of possibility, I think the Apple Watch version might cost more than just $500 – especially with its higher quality band and screen cover.

Over the weekend, a transcript of an internal video message from retail chief Angela Ahrendts leaked to the media. In the message, she said that the watch wouldn’t arrive until spring, which is different than the “early 2015” timeframe previously touted by Apple.

During the special media event unveiling the iPad Air 2 and iPad mini 3, Apple announced that a WatchKit SDK will arrive sometime this month. That will allow developers to begin creating apps for the device. 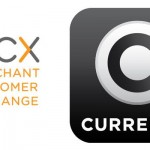 The MCX CEO says that its members can accept Apple Pay within 'months, not years' 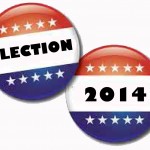 Election Day 2014: Who’s clumsier with their iPhones, Republicans or Democrats?
Nothing found :(
Try something else