Apple’s value has passed another milestone. The company now has a market capitalization of $700 billion. This is more than Microsoft, Amazon, Netflix, and Twitter combined.

The numbers tell the story.

Year to date, shares of Apple are up 48.75 percent. During the past year, shares have jumped nearly 60 percent. Since Tim Cook became CEO in 2011, Apple’s market cap has doubled.

As Piper Jaffray’s Gene Munster notes “It’s the ultimate statement of what Tim Cook has added.”

Apple is the first S&P 500 company to reach the $700 billion market cap milestone. Adjusted for inflation, however, it still has a way to go before it becomes the most valuable company of all time. Microsoft’s market cap reached a peak of $613 billion in 1999, which translates to nearly $874 billion in 2014 dollars.

Cupertino’s good fortunes are expected to continue into 2015. Some analysts expect iPhone sales during the current holiday quarter to surpass a record 71 million. In February, the first new product line of the Tim Cook era, the Apple Watch, is expected to debut.

See also: Apple working on virtual reality systems as suggested by new job listing, Following the launch of the iPhone 6 and iPhone 6 Plus, an App Store record falls, and Apple to disconnect iTunes Connect for the holidays from Dec. 22 to Dec. 29. 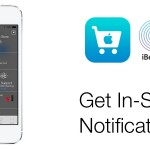 Ahead of the holidays, Shoppers are embracing Apple's iBeacon technology 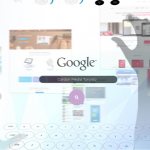 Apple working on virtual reality systems as suggested by new job listing
Nothing found :(
Try something else