You are using an outdated browser. Please upgrade your browser to improve your experience.
by Bryan M. Wolfe
November 28, 2014

Star War fans, take note. The first trailer for “Star Wars: The Force Awakens” has now been released. Available exclusively through iTunes, the trailer is for the highly-anticipated sequel to the sci-fi trilogy, which comes out on Dec. 15, 2015.

Does the trailer live up to the hype? 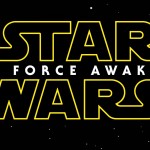 Apple to disconnect iTunes Connect for the holidays from Dec. 22 to Dec. 29
Nothing found :(
Try something else