Starting tomorrow, Nov. 14, Sprint customers can get the cellular-enabled version of either of Apple’s latest tablet models through the carrier’s “iPad for Life” plan. Under the plan, the iPad Air 2 and the iPad mini 3 will be available essentially for lease for as low as $20 and $17, respectively, per month for 24 months.

To further promote its iPad for Life scheme, through December 2015, Sprint is waiving the $10 monthly access charge for adding an iPad Air 2 or an iPad mini 3 to a Family Share Pack plan with 20GB or higher data allocation.

See also: AT&T is now offering a $50 billing credit on iPhone purchases made through Apple, Production of Apple’s “iPad Pro” reportedly delayed until second quarter of 2015, and Walmart will offer plenty of Black Friday deals on Apple products. 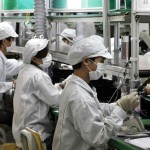 A new trade deal between the US and China could lead to lower priced iOS devices
Best Buy previews Thanksgiving Day and Black Friday Deals for 2014
Nothing found :(
Try something else