As it usually does this time of year, Apple has launched iTunes Store sales in celebration of Boxing Day in some countries that recognize the holiday.

Named after the custom of giving tradespeople gifts or “Christmas boxes, Boxing Day is a holiday traditionally celebrated on the first day after Christmas Day, i.e., Dec. 26. It’s observed in parts of the British Commonwealth, including the U.K., Canada, Australia, New Zealand, and more.

As noted by 9to5Mac, Apple has begun offering a number of albums at special pricing in celebration of the occasion on the iTunes Store in select territories.

Apparently, though, the Boxing Day branding is used by Apple only for its iTunes Store promotion in Canada, where it’s discounting some albums for as low as $5.99.

In other participating territories, Apple is forgoing the Boxing Day marquee in favor of the simple “Hit Albums” label. For a limited time, Hit Albums are offered in the U.K. from £3.99, in Australia from $9.99, and in New Zealand from $9.99.

The sales are accessible from the front-and-center banner on the homepage of the iTunes Store. They’re expected to run through at least Boxing Day, Dec. 26. 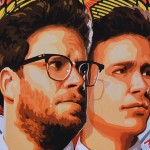 For some partner stores and apps, Apple Pay won't be 'coming later this year' after all
Nothing found :(
Try something else