Apple is set to build a massive research and development (R&D) center in Japan.

That's according to no less than the country's prime minister, Shinzō Abe, who has been cited by local media for publicizing the plan on Tuesday. As reported by Reuters:

“Apple has decided it undertake cutting-edge R&D in Japan,” Jiji news service quoted Abe as saying in a campaign speech outside of Tokyo ahead of a general election on Sunday. “It will be formally announced soon.”

In addition, Abe has been reported by Jiji and Kyodo News as saying that the facility will be similar in size and scope to Apple's largest R&D centers in Asia.

As noted by AppleInsider, Apple's R&D facilities in the continent currently include one in China and two in Israel.

Apple, however, is yet to officially confirm the plan or otherwise comment on the matter.

UPDATE: Apple has confirmed the announcement, as reported by The Wall Street Journal:

“We’re excited to expand our operations in Japan with a new technical development center in Yokohama which will create dozens of new jobs,” Apple said in a statement.

In November, it was reported that Apple would be opening a new R&D office in Cambridge, England.

Meanwhile, in its home base of Cupertino, California, Apple continues to work on the construction of its new spaceship-like headquarters, dubbed Campus 2. The $5 billion structure has recently been reported to include a 120,000 square foot auditorium and a 100,000 square foot fitness center costing $161 million and $74 million, respectively. 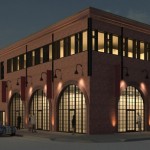 Steve Jobs' deposition video in iPod antitrust lawsuit could be made public
Nothing found :(
Try something else