GT Advanced Technologies has gotten approval from bankruptcy court for its settlement with Apple.

As reported by The Wall Street Journal, “The deal uncouples GT Advanced from Apple, and keeps a lid on litigation that could erupt from the corporate breakup that shocked investors unaware that the business relationship was on the rocks.”

The dissolution of the partnership between Apple and GT Advanced is rooted in the latter’s failure to make good on its promise to supply the former with large quantities of damage-resistant sapphire to be used on iPhone screens.

A combination of mismanagement and substandard yields reportedly resulted in GT Advanced’s filing for bankruptcy early in October, after a year of failed attempts to produce usable sapphire screens for Apple.

The two companies’ settlement, which was reached later in October and approved just yesterday, allows GT Advanced to sell its sapphire manufacturing equipment and pay Apple its debts within four years. Ultimately, the failed sapphire maker hopes to take advantage of the deal to rehabilitate its business. 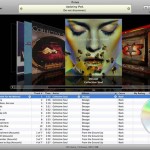 As iPod antitrust trial against Apple ends, jurors turn their attention to iTunes 7.0

Bose set to take on Apple's Beats and iTunes Radio with new music streaming service
Nothing found :(
Try something else