You are using an outdated browser. Please upgrade your browser to improve your experience.
All Things Apple Inc.
by Brent Dirks
January 22, 2015

We all know that the App Store is big business, but some new numbers put that dominance into perspective.

According to Asymco’s Horace Deidu, app developers earned more in 2014 than Hollywood movie studios did from box office revenue in the United States. 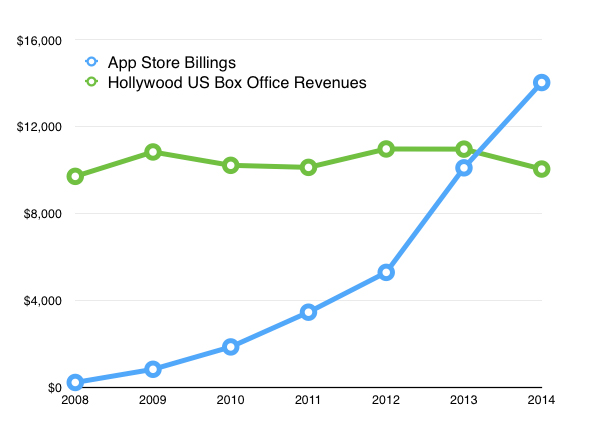 A closer look at the numbers.

If that wasn’t enough, he also says that apps are now a bigger digital business than other digital media like music, TV programs, movie rentals, and movie purchases combined.

The app economy, at least in the United States supports 627,000 jobs compared to 374,000 for Hollywood. And it’s sure easier to develop an app than break into show business.

There are currently more than 1.4 million apps for the iPhone/iPod touch and iPad/iPad mini in the App Store. Around 725,000 are specifically designed for the larger screen of the iPad. The App Store is available in more than 155 countries.

Since its introduction in 2008, developers have earned a total of $25 billion from the sale of apps. And the brightest days look to be ahead for both developers and Apple as the App Store is growing at a fantastic pace, as you can see from Deidu’s chart.

Battle of the iPhones: A Comparison Guide 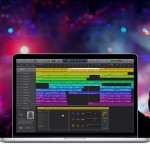 Apple shines the spotlight on EDM and hip-hop with Logic Pro X 10.1
Nothing found :(
Try something else