You are using an outdated browser. Please upgrade your browser to improve your experience.
Space Saver
by Aldrin Calimlim
January 21, 2015

Dropbox is set to discontinue offering its official Mac app on devices running on certain older versions of OS X.

As reported by 9to5Mac, the popular cloud storage company has announced the move in an email to customers using the app on older versions of Apple’s desktop operating system.

In the notification email, Dropbox says that beginning May 18, the app will no longer be supported on Macs running versions of OS X older than OS X 10.6 Snow Leopard.

But if you choose not to upgrade to a newer version of OS X, you’ll be signed out of the app and the app will be rendered inoperative come May 18. However, you’ll still be able to access your files through the Dropbox website.

Either way, Dropbox is giving you ample time (about four months) to decide or otherwise prepare for the upcoming change.

Dropbox is also available for free on the App Store for use on iPhone, iPod touch, and iPad.

See also: Dropbox’s Carousel update lets you easily free up space and relive your memories, You can now rename files and folders in the Dropbox iOS app, and Microsoft Office and Dropbox apps are now integrated thanks to new partnership. 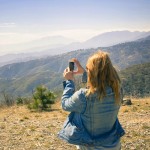 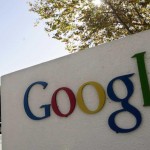 Google updates Maps for iOS and Drive for Mac with notable new features
Nothing found :(
Try something else