You are using an outdated browser. Please upgrade your browser to improve your experience.
by Bryan M. Wolfe
January 12, 2015

If Apple sold cars, the company’s lots would look a lot like those from CarMax. Less than a year after CarPlay launched, Apple’s dashboard system is now being offered by most car manufacturers. The latest additions include Ford, Hyundai, and Volkswagen. Meanwhile, Kenwood and Pioneer have become the latest companies to offer in-dash receivers with CarPlay.

Today, Jan. 12, Chevrolet introduced the 2016 Volt hybrid Electric car. Though the press release announcing the new model didn’t specifically mention CarPlay, the service was spotted on the car’s dashboard by The Verge. The announcement was made at the start of the annual North American International Auto Show, which has kicked off in Detroit, Michigan.

First introduced at the Worldwide Developers Conference (WWDC) in 2013, CarPlay launched to the public in March 2013 at the Geneva Motor Show. Since then, the list of car manufacturers that plan on supporting the system has grown considerably.

CarPlay gives users access to iPhone functions such as music, navigation, messages, phone, and more. It is available for all iPhones that use a Lightning connector and operate iOS 7.1 or later.

While CarPlay has fast become another Apple success story, the same cannot be said for Microsoft Sync.

In December, Ford, the No. 2 car maker by unit market share decided to drop Microsoft’s automative infotainment system. Future cars will feature a QNX-based platform that can support CarPlay with hands free Siri. In June, Google introduced Android Auto to take on CarPlay.

The 2016 Volt will arrive in showrooms during the latter half of 2015. 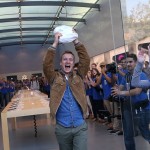 Simple ways to protect your iPhone and save some money 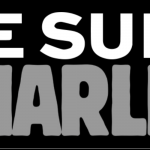