You are using an outdated browser. Please upgrade your browser to improve your experience.
All Things Apple Inc.
by Brent Dirks
January 27, 2015

Apple’s time is now. In the first quarter of fiscal year 2015, which ended late last month, Apple reported revenue of $74.6 billion and a net profit of $18 billion. That’s the best quarter ever for the company.

The monster earnings were driven in large part by record sales of the iPhone with 74.5 million handsets sold.

During the same period a year ago, Apple made $57.6 billion in revenue and $13 billion in profit.

Gross margin also increased from 37.9 percent to 39.9 percent. And if you’re still unconvinced that Apple is a global phenomenon, we’ve got some news for you – more than 65 percent of the quarter’s sales were from outside the United States.

“We’d like to thank our customers for an incredible quarter, which saw demand for Apple products soar to an all-time high,” said Tim Cook, Apple’s CEO. “Our revenue grew 30 percent over last year to $74.6 billion, and the execution by our teams to achieve these results was simply phenomenal.”

“Our exceptional results produced EPS growth of 48 percent over last year, and $33.7 billion in operating cash flow during the quarter, an all-time record,” said Luca Maestri, Apple’s CFO. “We spent over $8 billion on our capital return program, bringing total returns to investors to almost $103 billion, over $57 billion of which occurred in just the last 12 months.”

Starting at 2 p.m. PST, the company will offer a conference call with analysts to discuss the results. You can listen to the complete call here. You’ll need an iOS device, Mac, or PC to listen in.

As always, we’ll be listening in as well and let you know of any important information. 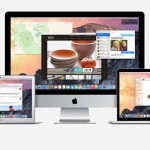 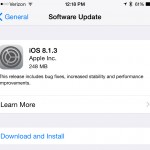 Apple's newly released iOS 8.1.3 reduces the amount of storage required to update
Nothing found :(
Try something else