You are using an outdated browser. Please upgrade your browser to improve your experience.
Apple's Software
by Brent Dirks
February 9, 2015

After piling on the UI changes and new features with iOS 7 and iOS 8, Apple seems to be putting on the brakes for the upcoming iOS 9.

According to a new report from 9to5Mac, the next major version of the iPhone and iPad software will mainly focus on stability and optimization.

For 2015, iOS 9, which is codenamed Stowe (after the ski resort in Vermont), is going to include a collection of under-the-hood improvements. Sources tell us that iOS 9 engineers are putting a “huge” focus on fixing bugs, maintaining stability, and boosting performance for the new operating system, rather than solely focusing on delivering major new feature additions. Apple will also continue to make efforts to keep the size of the OS and updates manageable, especially for the many millions of iOS device owners with 16GB devices.

Interestingly, the site says Apple could possibly limit iOS 9 to devices with a 64-bit chip. Currently, only the iPhone 5c, first-generation iPad mini, and fifth-generation iPod touch are being sold by Apple without an A7 or A8 chip.

And this wouldn’t be the first time that a major new software release from Apple focuses on stability and overall performance improvements. Version 10.6 of OS X, also known as Snow Leopard, was launched in 2009 with similar goals.

The iOS 9 software should be unveiled at WWDC later this year.

It’s been a whirlwind two years for iOS development. While iOS 7 focused on bringing a new visual look to the software, iOS 8 added a number of powerful features like Apple Pay, Notification Center widgets, third-party keyboards, and app extensions.

Apple currently has two versions of iOS 8 in development. The main feature of iOS 8.2 is support for the upcoming Apple Watch. The first beta version of iOS 8.3 was released to developers earlier today.

That’s been great for the ecosystem, but has led to a number of nagging complaints and issues regarding performance and stability. I’m glad to see Apple will apparently take a big step in fixing those problems with iOS 9.

For other news today, see: No cable? No problem as Sling TV officially launches in the US, Apple’s spaceship-like Campus 2 continues its rise, and WSJ: The Apple Watch can track glucose levels. 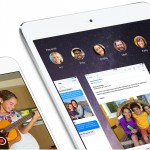 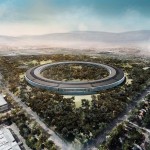 Apple's spaceship-like Campus 2 continues its rise
Nothing found :(
Try something else