You are using an outdated browser. Please upgrade your browser to improve your experience.
Apple Announces
by Brent Dirks
February 2, 2015

Sapphire is out and data is in. According to Bloomberg, Apple is planning to convert the space formerly held by sapphire manufacturer GT Advanced Technologies into a $2 billion data center.

“We’re proud to continue investing in the U.S. with a new data center in Arizona, which will serve as a command center for our global networks,” Kristin Huguet, a spokeswoman for Cupertino, California-based Apple, wrote in an e-mailed statement on Monday. “This multibillion-dollar project is one of the largest investments we’ve ever made.”

Renovations won’t begin on the plant, located in Mesa, Ariz., until sometime in 2016. But when completed, Apple will create more than 150 full-time positions at the plant. A number of construction jobs will also be supported by the renovations.

The plant will be powered by 100 percent renewable energy.

Apple’s relationship with GT Advanced took a number of twists and turns. At one point in 2014, GT was reportedly planning to provide enough sapphire crystal covering for both iPhone 6 models and the Apple Watch. But after announcing that the two new handsets were protected by Corning’s Gorilla Glass, GT Advanced was sent into a tail spin, eventually declaring bankruptcy in early October. Later that month, the company said its contracts with Apple were “oppressive and burdensome.“

Sapphire crystal from the company was used to protect the Touch ID sensor and camera sensor on the iPhone 5s, iPhone 6, and iPhone 6 Plus. The two higher-end Apple Watch models will be protected by a sapphire covering, but that material will come from an unknown manufacturer.

I’m glad to see Apple follow through on its promise and invest such a huge sum of money into the plant. Even though the space won’t be used as originally intended, it will still support jobs in the area. 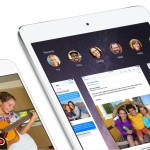 Bad time for Samsung Mobile and Android-based devices
Nothing found :(
Try something else