You are using an outdated browser. Please upgrade your browser to improve your experience.
Apple's Competitors
by Bryan M. Wolfe
February 2, 2015

Between October and December 2014, the iPhone propelled Apple to a record quarterly profit of $18 billion. Over at Samsung, profits for the company’s Mobile division fell 64.2 percent to $1.8 billion. How is this possible, given that both companies sold about the same number of smartphones worldwide during the holiday quarter?

The average selling price of the iPhone jumped to $687, compared to just $254 for Android-based devices, according to ABI Research and The Wall Street Journal. 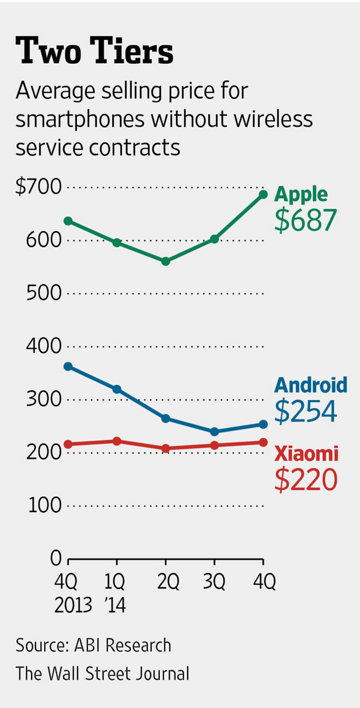 According to the report, the average selling price for an iPhone jumped by around $87 from the previous quarter. Meanwhile, year over year, the average price of an Android-based device dropped by $100.

Yes, things are bad for Google’s Android. However, things are much worse at Microsoft’s handheld division where the average smartphone sells for just $45. Yes, $45.

Last week, Apple announced that they had sold a record 74.5 million iPhones during the first fiscal quarter of 2015.

In recent years, many in the technology community have said that Apple should compete with low-cost Android devices to gain market share. The numbers presented here suggest that this would have been a very bad idea. 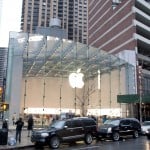 Apple continues retail expansion in China with new Tianjin store set to open on Feb. 7
Nothing found :(
Try something else