You are using an outdated browser. Please upgrade your browser to improve your experience.
The Pocket Theatre
by Bryan M. Wolfe
February 25, 2015

Here’s how we covered the news earlier this month:

ABC’s “Modern Family” was one of the first television series to feature an iPad when Apple’s tablet first arrived in 2010. Now, the Emmy Award-winning comedy will be the first to air an episode created entirely with Apple devices, according to Re/Code.

The Feb. 25 “Modern Family” episode, “Connection Lost,” was shot entirely with iPhone 6 and iPad Air 2 devices. As an added bonus, the episode plays out on a MacBook. 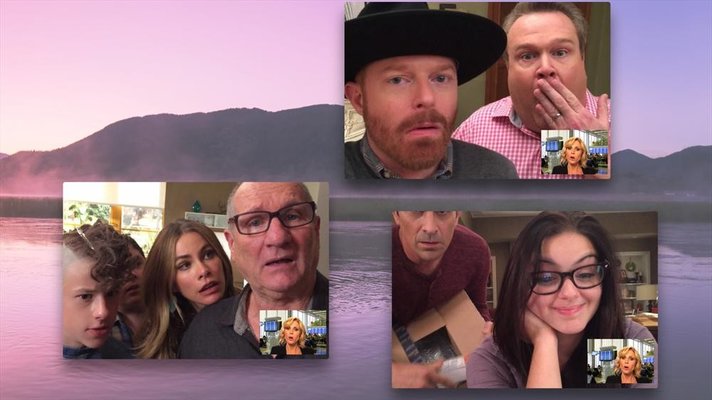 The episode revolves around Claire Dunphy, a working mother of three played by Julie Bowen, who is stuck in an airport and desperate to reach her daughter, Haley, to reconcile after a fight. The story plays out on her Macbook, as she employs all the forms of modern communication at her disposal, from email to FaceTime to Facebook, in an attempt to locate her eldest child, played by Sarah Hyland.

“We all had that reference in our heads — this is how families are communicating today,” Levitan said. ” How do we use this to tell a story?”

“Noah” premiered at the Toronto International Film Festival in 2013. It uses Facebook, iTunes, iPhones, and instant messaging to capture a teen’s angst.

Though Apple furnished iPhones for the special episode, not everything about “Connection Lost” is authentic. The “Modern Family” team, for example, created a replica of OS X Yosemite, in order to produce “footage that would look good (and prove readable) on a giant living-room TV.”

This looks like an interesting episode. As an Apple fan, I’ll be sure to watch it when it airs at 9 p.m. EST on Wednesday, Feb. 25.

Can the Apple Watch help Apple become the top smartphone vendor in China?
Nothing found :(
Try something else