You are using an outdated browser. Please upgrade your browser to improve your experience.
iWallet
by Bryan M. Wolfe
February 24, 2015

Visa Europe will introduce “tokenization” by mid-April, a way to pay with your smartphone while keeping your credit card details concealed. This action should “speed up” the arrival of Apple Pay and other new contactless payment services in Europe, according to TNW.

According to Visa Europe:

The service supports the continuing fight against fraud, allowing financial institutions to control the environments where the token can be used – for example, a token set up only for contactless payments cannot be used to make an on-line purchase. Additionally, if a mobile device is lost or stolen, a token can be easily and promptly disabled.

Apple Pay is likely to arrive in Canada in March. It’s also expected to launch in China when iOS 8.3 is released to the public.

See also: An updated list of the merchants, cards and apps that accept Apple Pay, At least for Staples, Apple Pay is a hit in an unexpected place, and Samsung finally gets serious about mobile payments and purchases Apple Pay competitor LoopPay. 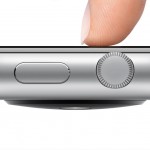 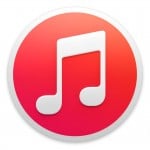 Apple will no longer support logging into iTunes or the App Store with an AOL account
Nothing found :(
Try something else