You are using an outdated browser. Please upgrade your browser to improve your experience.
Apple's Software
by Brent Dirks
February 23, 2015

Exactly two weeks after releasing the first beta of iOS 8.3, Apple has just seeded the second beta version to registered developers. It can be downloaded now from Apple’s Developer Center.

The first edition of iOS 8.3 included support for wireless CarPlay, a new emoji picker, and support for Google’s two-factor authentication system. It also unlocked support for Apple Pay in China.

Just last week, a new report said that Apple will release iOS 8.3 as a public beta as soon as mid-March. If correct, that would mark the first ever iOS beta software released to the general public.

Apple is busy with iOS software development. Apple Watch support will arrive with iOS 8.2, which is currently in its fifth beta version. The long-rumored Beats Music revamp is also scheduled to arrive with iOS 8.4. And at WWDC 2015 later this year, Apple is widely expected to introduce iOS 9. That release will focus on optimization and stability and should also be offered in some type of public beta program. 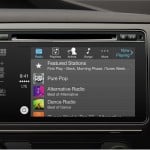 Toyota is not planning on supporting Apple CarPlay or Android Auto
Nothing found :(
Try something else