You are using an outdated browser. Please upgrade your browser to improve your experience.
That iThingy You're Wearing
by Brent Dirks
March 26, 2015

It’s not exactly a big surprise, but the stock of many Apple Watch models could be severely limited at launch on Friday, April 24. That’s according to a new report from 9to5Mac.

So if you’ve already picked out a specific model of watch, it would be best to place an online preorder starting on Friday, April 10.

As one source at a flagship Apple Store said, “we’re told to treat launch day as if there will be no walk-in stock.” That doesn’t necessarily mean there will be absolutely zero Apple Watch units to buy at launch if you don’t have a reservation, just that the specific Apple Watch variant a person wants will be far harder to come by at launch than some previous iPhone models.

Also starting on April 10, customers can make an appointment to try on a watch at their local Apple Store. During the visit, you can also make a reservation to pick up a specific model on launch day.

Anyone interested in the Apple Watch Sport or Apple Watch will have 15 minutes to take a look at the device. Customers looking at the pricey Apple Watch Edition will be given a 30-minute appointment. 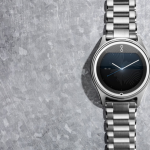 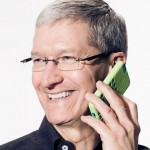 Tim Cook is Fortune magazine's number one leader for 2015
Nothing found :(
Try something else