You are using an outdated browser. Please upgrade your browser to improve your experience.
Apple's Software
by Brent Dirks
March 9, 2015

Update: iOS 8.2 is officially here and can be downloaded over-the-air or through iTunes.

Most notably, the software will offer full support for the Apple Watch. With the Apple Watch app, users will be able to do things like download apps for the watch and view videos about the wearable.

During the event, Apple CEO Tim Cook also discussed some interesting stats about the iPhone. Apple has recently sold its 700 millionth iPhone. Apple’s handset business has also grown at double the rate of others in the industry.

And with the iPhone 6 and iPhone 6 Plus, customer satisfaction is a whopping 99 percent.

Cook also announced that every major car manufacturer has committed to delivering CarPlay-compatible vehicles. Forty new car models should ship in 2015 with CarPlay as well.

Here’s a look at the numerous Apple Watch configurations 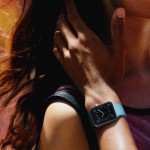 Everything you need to know about the Apple Watch: Price, apps and availability
Nothing found :(
Try something else