You are using an outdated browser. Please upgrade your browser to improve your experience.
Apple's Competitors
by Bryan M. Wolfe
March 13, 2015

Apple’s Siri is soon going to have some competition. Cortana, Microsoft’s “personal assistant” is coming to iOS and Android this fall, according to Reuters.

According to Eric Horvitz, managing director of Microsoft Research:

This kind of technology, which can read and understand email, will play a central role in the next roll out of Cortana, which we are working on now for the fall time frame.

First introduced on Windows Phone in April 2014, Cortana is now being developed for Windows 10 under an artificial intelligence project called “Einstein.” Thereafter, it will make the jump to the two most popular mobile operating systems in the world.

Last fall, Microsoft ran Cortana ads that were critical of the 5.5-inch iPhone 6 Plus, which had recently been released. “Bigger” pointed out that even through Siri was now on a larger mobile phone, the iOS knowledge navigator was not necessarily smarter than Cortana.

In the ad, Cortana asks Siri if it can also give reminders based on who calls or texts and if it can also alert users to leave early for appointments based on traffic reports. Siri, however, responds, in its exaggeratedly robotic voice, in the negative, saying that it “just got bigger.” Cortana then alludes to holiday weight gain with its closing jab to Siri: “That’s OK. Happens to everyone this time of year.”

I’ve never been a big fan of Siri, so I welcome Cortana’s jump to iOS. Perhaps Cortana’s arrival will force Apple to rethink the company’s own digital assistant and make it better. 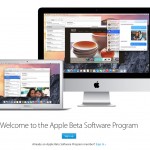 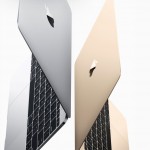