Microsoft is back with another ad that puts Apple’s Siri to shame in light of the “more personal” capabilities of its own intelligent personal assistant, Cortana.

This time, with its new ad titled “Bigger,” Microsoft points out that even though Siri is now on the 5.5-inch iPhone 6 Plus, the iOS knowledge navigator is not necessarily smarter than Cortana, which is available on Windows Phones including the 5.0-inch Lumia 830.

In the ad, Cortana asks Siri if it can also give reminders based on who calls or texts and if it can also alert users to leave early for appointments based on traffic reports. Siri, however, responds, in its exaggeratedly robotic voice, in the negative, saying that it “just got bigger.” Cortana then alludes to holiday weight gain with its closing jab to Siri: “That’s OK. Happens to everyone this time of year.”

Check out the video below:

Apple to disconnect iTunes Connect for the holidays from Dec. 22 to Dec. 29 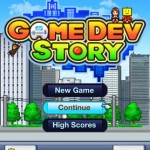 After 3 long years, Kairosoft's Game Dev Story finally gets an update
Nothing found :(
Try something else