You are using an outdated browser. Please upgrade your browser to improve your experience.
iSilly: Wacky, Fun & Random
by Jeff Byrnes
March 4, 2015

It seems that Apple just can’t please everyone with their new, diverse emoji symbols. We’ve mentioned before that Apple’s iOS 8.3 will feature new emoji, including same-sex parents and those with multiple children, as well as racially diverse emoji. One more group has felt left out of the mix, though: gingers.

The redheads aren’t taking the omission sitting down, though. A new petition has been started, directed at Apple, pleading with the maker of all things “i” to create and release red-headed emoji as part of the next iOS 8.3 update for the iPhone and iPad.

The petition is titled “Redheads should have emoji, too!” and currently has over 2,600 signatures. When the petition gains 10,000 signatures, Change.org will approach Apple with the mass of signatures.

In the description of the petition, organizers claim that “If you say you’re going to diversity, why not add a few red-haired emoji in the mix? Natural redheads may be rare at less than 2% of the world’s population, but that is 138,000,000 iPhones waiting to happen.”

Signatures from around the world have been added to the petition, with comments in a wide variety of languages. What do you think, though? Is a red-haired emoji needed in iOS 8.3? 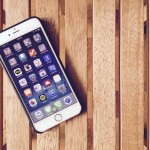