You are using an outdated browser. Please upgrade your browser to improve your experience.
Apple's Software
by Bryan M. Wolfe
February 24, 2015

Here’s a quick look at some of the new offerings:

Speedier on the iPhone 4s and iPhone 5

Since launching last fall, iOS 8 has been criticized for being slow and buggy on both the iPhone 4s and iPhone 5. As the following videos show, this has been corrected with the new update:

Siri is getting smarter

As shown above, iOS 8.3 beta 2 features new emoji, including more diverse family units such as same-sex parents and those with multiple children. With some of these, you can change the skin color. The new offerings show up when you tap and hold the emoji. There are also new international flags and an emoji for the Apple Watch.

When released to the public, iOS 8.3 is also expected to include support for wireless CarPlay, Apple Pay in China, and Google’s two-factor authentication system.

Last week, a new report said that Apple will release iOS 8.3 as a public beta as soon as mid-March. If correct, that would mark the first ever iOS beta software released to the general public.

Apple is busy with iOS software development. Apple Watch support will arrive with iOS 8.2, which is currently in its fifth beta version. The long-rumored Beats Music revamp is also scheduled to arrive with iOS 8.4. And at WWDC 2015 later this year, Apple is widely expected to introduce iOS 9. That release will focus on optimization and stability and should also be offered in some type of public beta program.

It’s great to see Apple focusing on stability improvements with iOS 8.3. Adding more diverse emoji is also an important step. We’ll let you know when the update is released to the public. 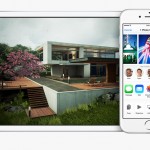 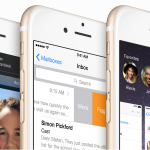