You are using an outdated browser. Please upgrade your browser to improve your experience.
iCarriers
by Brent Dirks
March 18, 2015

First up, T-Mobile now promises that all Simple Choice rates won’t go up for as long as customers stick with the carrier and their plan. Customers with unlimited 4G LTE will also be able to lock in their rates for two years. The changes will automatically start on Sunday, March 22.

And T-Mobile is also extending an olive branch to AT&T Next, Verizon Edge, and other carrier customers who are paying for the full cost of their handsets with an additional monthly fee.

Along with all ETF fees, the carrier will now also cover any outstanding device payments. Users can receive up to $650 per line on up to a total of 10 lines.

T-Mobile’s tactics have paid off as the company netted more than 8.3 million new customers last year. Will these latest initiatives make you think about switching to T-Mobile? While the plans do sound tempting, I’m sticking with Verizon due to its top-notch signal strength in the great wide open of Texas.

For other news today, see: Even if you upgraded to iOS 8.2, you might not be safe from FREAK, Discovery and Viacom in talks to be part of Apple TV service, and The Whole Pantry disappears from App Store after fraud claims. 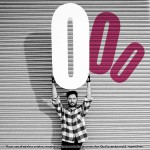 AT&T joins T-Mobile in letting customers roll over unused data
Nothing found :(
Try something else