You are using an outdated browser. Please upgrade your browser to improve your experience.
Connected Theater
by Jeff Byrnes
April 28, 2015

Now that Apple Watch has started seeing deliveries, Cupertino’s attention is shifting ahead of June’s WWDC. Speaking during his company’s quarterly earnings conference call, Tim Cook said that he sees “major, major changes in media” coming on the horizon. In interviews with Wall Street analysts, Cook said that Apple could play a part in that transformation.

This shifts our attention to Apple TV, an area of Cupertino’s business that has already seen some groundbreaking changes. Apple launched the new HBO Now service recently, an over-the-top subscription that allows cord cutters to access streaming premium content without a cable subscription. Cook said that the launch of HBO Now went well and that he was encouraged by the start. “Where could it go? You can speculate as good as I can where it can go,” the CEO stated.

Cupertino is also rumored to be working on another new subscription streaming service priced between $30 and $40 per month. Such a service would provide broadcast networks ABC, CBS, and Fox, as well as other cable networks owned by Viacom, Disney, and Discovery.

There are also speculations of a revamp of the Apple TV set-top box hardware itself. The new Apple TV is expected to debut alongside the streaming TV service and a revamped Beats Music in June at WWDC. Speculations are that the refreshed Apple TV model will feature an A8 processor, Siri voice controls, and a dedicated App Store. The inclusion of an App Store would allow owners to download games and other programs to the hardware, allowing it to compete with console gaming systems. 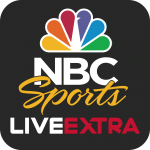 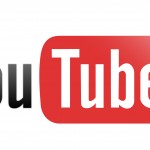 Google switches off YouTube app support for older iOS devices and the second-generation Apple TV
Nothing found :(
Try something else