You are using an outdated browser. Please upgrade your browser to improve your experience.
Apple's Software
by Brent Dirks
April 8, 2015

And Apple has just unveiled a updated comprehensive Siri site. It was first spotted by MacRumors.

Visitors to the site can choose a number of categories that highlight Siri’s functionality – At A Glance, Staying in Touch, Getting Organized, Sports, Entertainment, Out and About, Getting Answers, and Tips and Tricks.

It’s obvious that Apple wants to show users a number of Siri’s features that might not be as well known. The site is well designed and definitely useful.

Siri functionality will also be a major feature of the Apple Watch, officially arriving later this month. Watch wearers can ask Siri a number of questions directly from the device. It can also be used to message friends and family.

Press and hold the Digital Crown to activate Siri on the watch. It will also respond to the “Hey Siri” command first introduced for iOS devices.

Before today’s update, the Siri site was a simple one-page affair with a very brief overview of the assistant’s functionality.

Apple obviously has more big plans in store for Siri as the feature has been rumored to be included in the next-generation Apple TV set-top box. Hopefully it will also make its way to the next major version of Mac OS X.

For other news today, see: HBO will arrive on Sling TV just in time for the ‘Game of Thrones’ premiere, Amazon’s Echo speaker can now be used to control the popular Belkin WeMo and Philips Hue smart home products, and Twitter retires the Discover and Activity sections of its official iOS app. 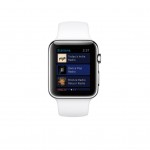 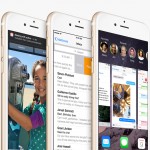