You are using an outdated browser. Please upgrade your browser to improve your experience.
That iThingy You're Wearing
by Jeff Byrnes
April 8, 2015

With the preorders for Apple Watch beginning in just a matter of days, reviews of the new wearable are beginning to appear. The general consensus is that the smartwatch is a beautiful device and the most advanced wearable on the market, but it still is not what they would call “essential.”

The Wall Street Journal’s Geoffrey Fowler does not believe Apple Watch can replace a phone, but he said that “It has made me more present.” Fowler found he was less likely to reach for his phone or feel compelled to leave it on the table during supper while he was wearing Apple Watch. Like many journalists who received review units of Apple Watch, Fowler was plagued with some performance problems that the company says will be resolved in a software update before the wearable reaches the general public. Still, Fowler said that “With the Apple Watch, smartwatches finally make sense.”

Laren Goode of Re/code loved the fitness tracking functions of Apple Watch, as well as the ability to read iMessages and email without pulling out her iPhone. She found the quality of phone calls made with the smartwatch’s built-in speaker and microphone to be “very good,” and said that people at the other end of the phone calls could not even tell she was calling from a smartwatch. Unfortunately, Goode said, “The volume on the watch doesn’t go up very high, though, so calls sounded best when I was wearing Bluetooth headphones.”

At Bloomberg Business, Joshua Topolsky believes Apple Watch is an “inconspicuous thing” that grew on him, but did not quite reach the level of sophistication of a traditional wristwatch. Topolsky enjoyed the new Taptic Engine built into the wearable, and found navigation with the digital crown to be quite easy. Ultimately, Topolsky believes that the Apple Watch is “cool, it’s beautiful, it’s powerful, and it’s easy to use. But it’s not essential. Not yet.”

Along with the reviews, the first unboxing videos have emerged. If you cannot see the video below, just click here. The first thing that I’m struck by is how horrible the packaging is for Apple Watch. Seeing the reviewer try to remove the inner box from the outer packaging without dropping everything was almost painful to observe.

Preorders for the Apple Watch begin April 10, and the wearable reaches Apple Stores on April 24. For more information on Apple Watch, see: Tim Cook says more than 1,000 Apple Watch apps have already been submitted, What the first apps are telling us about Apple Watch, and Will Apple Watch see explosive sales, or will it be more of a slow burn. 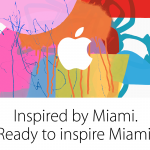 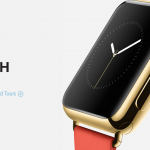 On Apple Watch launch day, a new retail store will open in Hangzhou, China
Nothing found :(
Try something else