You are using an outdated browser. Please upgrade your browser to improve your experience.
That iThingy You're Wearing
by Brent Dirks
April 6, 2015

Earlier today, Apple CEO Tim Cook sent an internal memo to employees regarding the Apple Watch. The memo was first obtained by 9to5Mac.

In the first four days after all third-party developers were invited to submit their Apple Watch apps, more than 1,000 compatible apps have been received. And Cook said the submission rate “has only been climbing since then.”

Starting this Friday, April 10 when the watch is available to preorder, Cook also announced that employees will be able to purchase the device for 50 percent off the retail price. That discount is only good for the Apple Watch and Apple Watch Sport varieties. Any employee who purchases the Edition, which starts at $10,000, will receive a $550 discount.

Cook said the discount is being offered so employees can share in the Apple Watch experience along with customers. The discounts will be available for 90 days once preorders begin.

Most notably, Apple offered most employees a free iPhone when the device launched in 2007.

The watch will officially arrive on Friday, April 24. Prices range from $349 for the Sport model to $17,000 for the most expensive 18-karat gold Apple Watch Edition.

And if you’re interested, take a look at a number of Apple Watch apps on our sister site WatchAware.

For other recent Apple Watch news, see: Around 20 devs are visiting Apple each day to test their Watch apps, Save now on Calypso’s Timeless collection for Apple Watch, and The time isn’t right for Apple Watch in Switzerland. 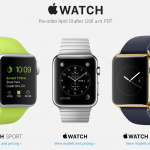 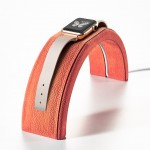 Save now on Calypso's Timeless collection for Apple Watch
Nothing found :(
Try something else