You are using an outdated browser. Please upgrade your browser to improve your experience.
Connected Theater
by Jeff Byrnes
April 20, 2015

HBO has sent thousands of takedown notices and warnings to Internet subscribers whose connections were used to share or download leaked “Game of Thrones” episodes, according to a report from TorrentFreak. There are no legal ramifications for these affected subscribers, but HBO is clearly hoping that the warnings will give folks pause to think twice before downloading future episodes.

In one of the most prominent cases of piracy in TV history, four “Game of Thrones” episodes were recently leaked to the torrent community. These unreleased episodes were ripped from a review screener, and quickly spread across public torrent sites. The files were downloaded more than a million times.

Most of the piracy happened through BitTorrent, but there were also shoddy streams sent via Twitter’s Periscope app. A few dozen people, mostly in Australia, streamed the first episode through Periscope. Twitter quickly responded to HBO’s takedown notice and stated that the user accounts of repeat offenders would be terminated. The notices being sent out say, in part:

1. Contact the subscriber who has engaged in the conduct described above and take steps to prevent the subscriber from further downloading or uploading HBO content without authorization.

2. Take appropriate action against the account holder under your Abuse Policy/Terms of Service Agreement.

HBO has made it easier than ever to view its content, entering into streaming agreements with Sling and Apple. Even so, seeing something before it is supposed to be released is almost too much temptation to resist, especially when it comes to such a popular show as “Game of Thrones.” Despite the piracy, though, HBO had record numbers of viewers for the season five premiere of “Game of Thrones,” pulling in nearly 8 million viewers. 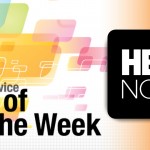 Best new apps of the week: HBO Now and Highball

The 10 biggest technology stories this week: Apple Watch, 'Game of Thrones' spoilers, iOS 8.3 emojis
Nothing found :(
Try something else