You are using an outdated browser. Please upgrade your browser to improve your experience.
Accessories
by Brent Dirks
April 24, 2015

Finally, the Apple Watch is here. After being formally introduced all the way back in September, the first wave of preorders should be arriving to lucky buyers today. And to celebrate, we’re highlighting some of the best charging stands, docks, and more for the Apple Watch. 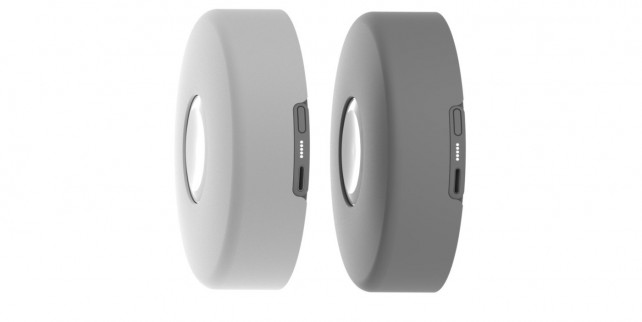 Capable of charging an Apple Watch or other USB device, the Nomad Pod weighs just 80 grams and is highlighted by an 1,800 mAH battery. The inside of the pod acts as a cable manager for the watch cable.

You can select from either a space gray or silver version. It can be ordered now from Nomad’s site for $59.95. Shipping will begin in mid-June. 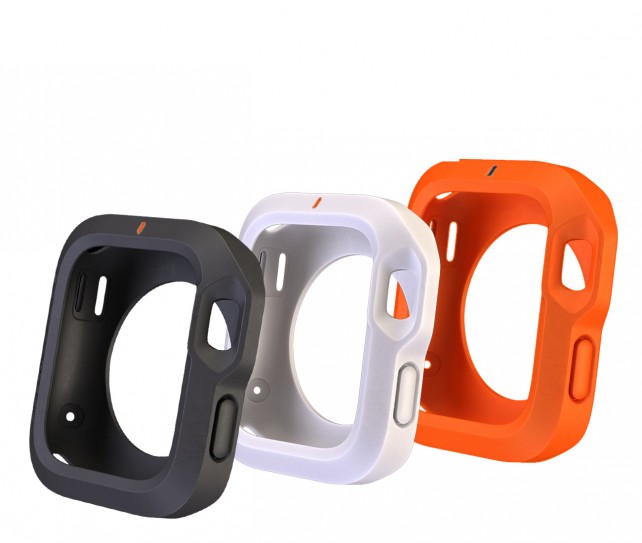 Compatible with the 42mm watch, ActionProof’s Bumper is available in three different colors – white, orange, or black. Designed for use in extreme conditions, users still have access to all of the watch’s buttons and the sensors. It can be ordered now for $35. Shipping is expected in July. 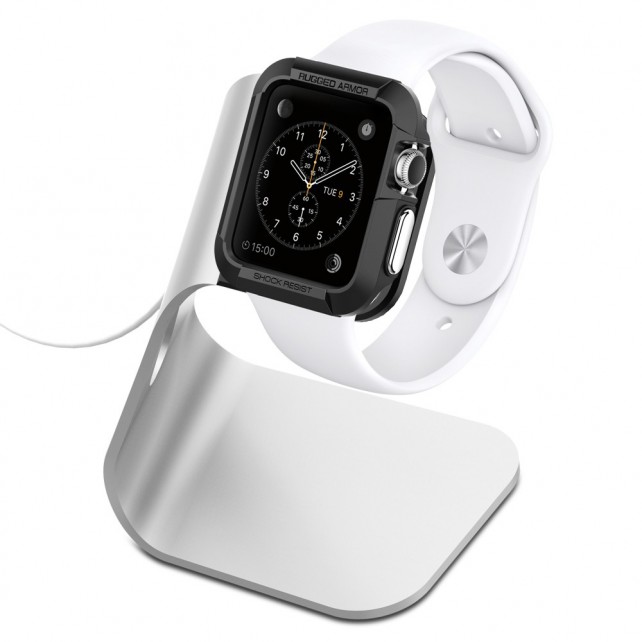 Made with aluminum, Spigen’s just announced stand looks to be a very nice and inexpensive option. It holds the watch in a perfect viewing angle while charging and shouldn’t scratch the device.
Available in silver, it can be ordered now for $24.99. It’s available on May 7. 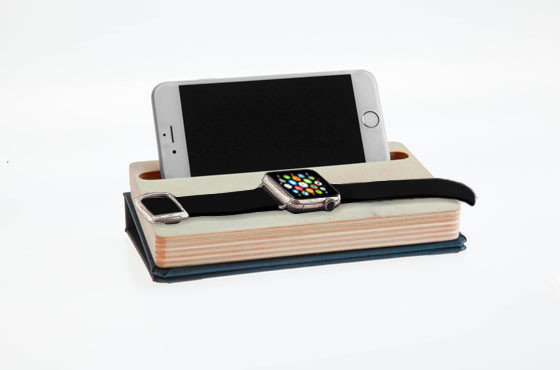 Far from the usual watch charging stand, DODOCase’s Dual Charging Dock Organizer can hold both an iPhone and Apple Watch. The tray is composed of carved Baltic Birch wood while the exterior is made with the same bookbound material found on the company’s other cases.

It can be preordered now for $59.95 from DODOCase’s site. It will retail for $20 more. Buyers can select from two different color combinations.

After a successful Kickstarter campaign, you can preorder the Click Apple Watch adapter now from the company’s site. As the name suggests, it’s an adapter that will allow users to swap in any 22mm watch band. An adapter is available for both the 38mm and 42mm watch version. You can preorder a version made with polymer, aluminum, or stainless steel. The polymer edition is just $14.99 while the aluminum and stainless steel versions are $24.99 and $34.99, respectively. Shipping is estimated sometime in June. 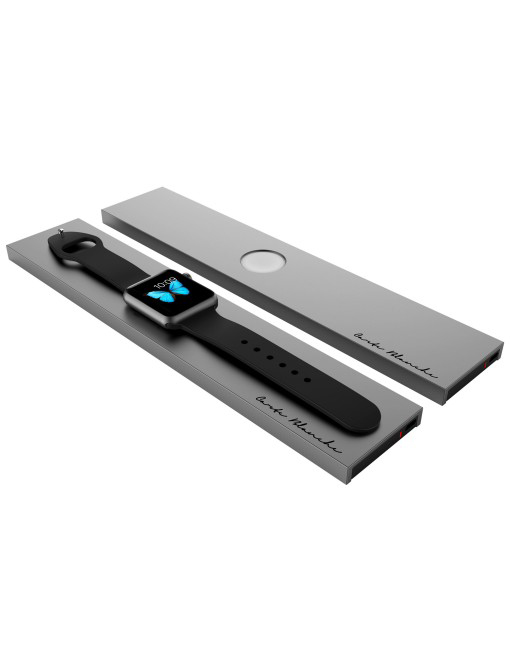 Featuring a 2,000 mAH battery, which can charge an Apple Watch up to four times, the Block Power Bank is just 10mm thick. The removable power bank can even charge your iPhone, when needed.

The space gray and silver aluminum version cost $60 each and will be available in early June. Bootcase is also offering a power bank with made from a number of other materials, like stainless steel, wood, marble, and gold. Those will be available in August and cost up to $100.

The NightStand from Elevation Lab 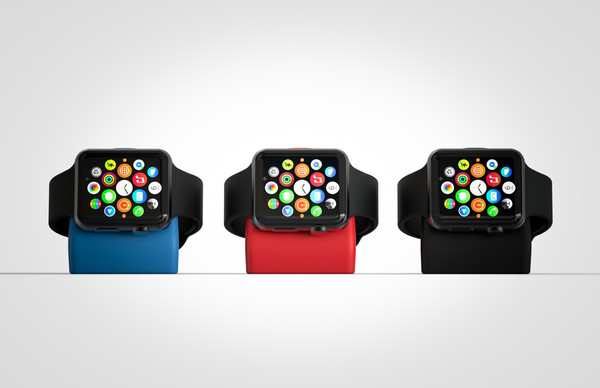 Made with silicone and offering a matte finish, the NightStand from Elevation Lab attaches to your desk or anywhere else with nano suction cups. Your watch charges in a horizontal position. With the included custom 3M adhesive back, users can mount the stand vertically like on the side of a bed frame or other position. It can be ordered now for $29 and is available in red, black, or blue. Shipping begins in late May. 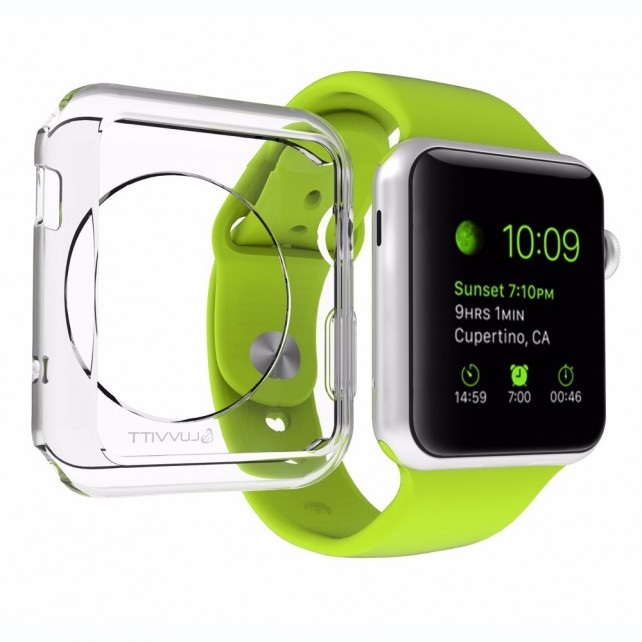 An inexpensive way to help protect the entire watch body, the Clarity Case from Luvvitt offers a scratch resistant coating. It can be purchased now from Amazon.com for $14.99. Shipping is expected sometime in late May. 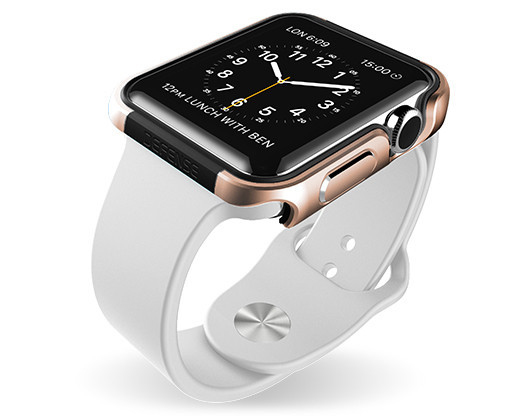 A more colorful way to protect the watch, Defense Edge is made with a machined aluminum exterior and soft rubber inner liner to protect the watch. It’s available in both a 38mm and 42 mm version and retails for $29.99. It can be preordered now, and buyers can select from either a bronze or silver version. 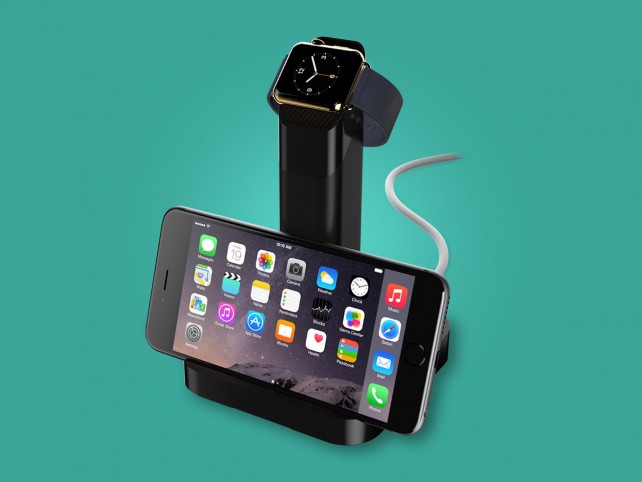 Available to preorder now, Griffin’s WatchStand holds the watch in an easily viewable angle while charging. The base can also fit any size of iPhone as well. Any excess cable length stores away inside the stand’s post. The non-slip base will help hold the stand in place. It retails for $29.99, and will hit the market sometime this summer. 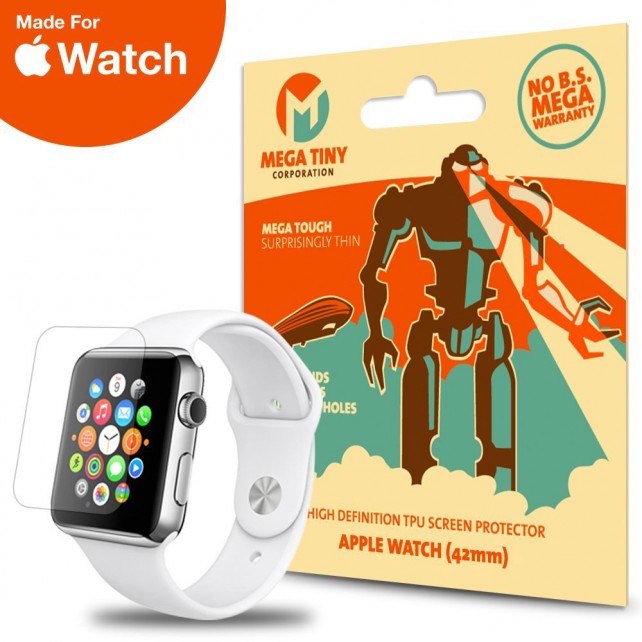 If you’re wanting to protect the Apple Watch’s screen from scratches and drops, Mega Tiny Corp.’s screen protector is available to purchase now from Amazon.com for $6.99. The company offers a no-bubble guarantee and the protector itself can repel fingerprints easily. It’s also made to resist shattering when dropped. You can purchase a protector for either the 38mm or 42mm version.