You are using an outdated browser. Please upgrade your browser to improve your experience.
iWallet
by Bryan M. Wolfe
April 17, 2015

The U.S. monopoly on Apple Pay could soon be coming to an end. The Wall Street Journal reports that the mobile payment system is likely to arrive in Canada this fall.

Apple is said to be in negotiations with Canada’s six biggest banks to bring the service online in November. Apple Pay will enable mobile payments for both credit and debit cards using the iPhone 6, iPhone 6 Plus, and Apple Watch. The banks include: Royal Bank of Canada, Toronto-Dominion Bank, Bank of Nova Scotia, Bank of Montreal, Canadian Imperial Bank of Commerce, and National Bank of Canada.

The Wall Street Journal cautions that no agreement has yet been reached with the banks, as many “aren’t happy with Apple’s fee proposals and are concerned about security vulnerabilities like the ones that U.S. banks experienced as they rolled out the service.”

Because of these concerns:

It was recently announced that 68 merchants in the U.S. now offer Apple Pay as a payment option. These include Acme, GameStop, the Orlando Magic, and T-Mobile’s retail stores.

For more on Apple Pay, see: The list of supported Apple Pay merchants, cards and apps continues to grow, Apple Pay: a primer for new users, and Before the Apple Watch arrives, new research looks at the success of Apple Pay. 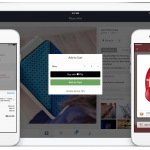 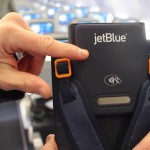 The list of supported Apple Pay merchants, cards and apps continues to grow
Nothing found :(
Try something else