You are using an outdated browser. Please upgrade your browser to improve your experience.
Connected Theater
by Jeff Byrnes
May 19, 2015

The rumor of an Apple-branded television set might be dead and buried, but investor Carl Icahn still thinks the idea can be resurrected. Citing people “familiar with the matter,” The Wall Street Journal recently reported that Apple shelved its plans to make a television set more than a year ago, after nearly a decade of research.

During its research phase, Apple was reportedly trying to find ways to make its own television set stand out in a fiercely competitive market. Cupertino looked into using the premium high definition display technology, 4K, as well as incorporating sensor-equipped cameras to enable video calls through the set.

None of that was compelling enough, though, for Apple executives to decide to enter the television market, a niche that is highly competitive and is already led by Samsung Electronics. Investor Carl Icahn believes the Apple-branded television set is still on the horizon, though, expecting Apple to start selling 55-inch and 65-inch sets next year. Mr. Icahn wrote to Apple chief executive Tim Cook, “We view television’s role in the living room as a strategically compelling bolt-on to the Apple ecosystem.”

It’s true that Apple has long held an interest in the television market. When iTunes branched into video in the middle of the last decade, Apple began thinking about making TVs and ultimate launched the Apple TV set top box in 2007. Biographer Walter Isaacson posthumously quoted Steve Jobs as saying that he had “finally cracked” the user interface for a TV, and Tim Cook was quoted in 2013 saying that Apple had a “grand vision” for the television.

None of that means that Apple is still looking to develop a full blown television set, though. Recently, Apple has been focused on creating its own streaming television service and redesigning the Apple TV box. Cupertino managed to ink a deal with Time Warner’s premium cable channel that allowed Apple owners to be among the first to take part in the launch of HBO Now.

Carl Icahn might think that Apple will release a new TV set in 2016, but I think it much more likely for Cupertino to focus instead on streaming services and accessory hardware like set top boxes. If the redesigned Apple TV gets its own App Store and the streaming television service, the Cupertino-based tech giant will likely see much more success and revenue than it would in the cutthroat television set business.

The 10 biggest technology stories this week: WWDC 2015, Spotify versus Apple and the iPhone 6 remains No. 1 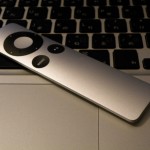 The next-generation Apple TV is expected to include a redesigned remote
Nothing found :(
Try something else