You are using an outdated browser. Please upgrade your browser to improve your experience.
That iThingy You're Wearing
by Brent Dirks
May 19, 2015

Apple has just released version 1.0.1 of the Apple Watch OS.

According the the release notes, the new software brings improvements for:

To download the software onto your watch, first open up the companion Apple Watch app on the iPhone. Under the My Watch section, select General, and then Software Update. For the update to install, your watch will need to be in range of the iPhone, connected to its charger, and charged at least 50 percent.

We’ll let you know if we find any other new features in the software. 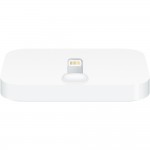 Apple surprises everyone with a refreshed Lightning dock

Now you can use Apple Watch to listen to SoundCloud music and audio
Nothing found :(
Try something else