You are using an outdated browser. Please upgrade your browser to improve your experience.
Mind On My Money
by Jeff Byrnes
May 5, 2015

An Apple Pay user queried The Home Depot about the change, according to a 9to5Mac report. The response the company gave that customer hints that the change might be related to The Home Depot’s partnership with PayPal for payments in store and online. The response said, “We currently do not accept Apple Pay in our local stores or online. We do have the option of using PayPal, in store or online.”

The Home Depot went on to tell the customer that the company could not say if or when Apple Pay might once more be accepted in stores or online, and no mention was made about whether it was just support for Cupertino’s payment method that was dropped or all such contactless services.

Apple is continuing to expand the reach of Apple Pay with both retailers and banks. Best Buy recently announced a break from exclusivity with CurrentC to support Apple Pay for in-app purchases, with retail stores slated to accept the contactless payment method in the fall. Also, Discover will join the other credit card companies in integrating with Apple Pay in the fall. 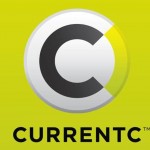 CEO shakeup at CurrentC consortium
Nothing found :(
Try something else