You are using an outdated browser. Please upgrade your browser to improve your experience.
Mind On My Money
by Jeff Byrnes
April 28, 2015

Best Buy recently announced that it will begin accepting Apple Pay in its U.S. stores later this year, and has already started accepting the payment method in the retailer’s apps. Apple CEO Tim Cook announced the partnership during an analysts call after his company’s earnings report for the second quarter of 2015.

This partnership is major news, because it marks the first U.S.-based big name to break ranks with MCX, a consortium of retailers and food chains led by Walmart to build a rival payment app called CurrentC. A Best Buy spokeswoman told Re/code that the electronics retailer will remain invested in MCX, but will not commit to accepting CurrentC when it finally launches to the public.

The MCX consortium attracted quite a bit of media attention in the fall of 2014 when two of its members, CVS and Rite Aid, stopped accepting Apple Pay after briefly supporting the payment method in stores. The upcoming CurrentC app should be considerably different from Apple Pay, because it is being designed to be funded from a customer’s bank account or store-branded card as opposed to a traditional credit or debit account, as is required for use with Apple Pay.

Rumors abound as to why Best Buy won’t begin accepting Apple Pay in stores until later this year. Several sources have apparently told Re/code that the electronics retailer has an exclusivity agreement with MCX that doesn’t expire until this summer. A Best Buy spokesperson wouldn’t comment on this, but did point out that the retailer needs to make updates to its checkout system before it can begin accepting Apple Pay.

For more news on Apple Pay, check out Discover will join the list of eligible credit cards for Apple Pay this fall, WSJ: Apple Pay could be headed to Canada before November, and Apple further improves Apple Pay, adds 10 new retailers to its website. 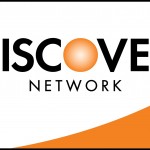 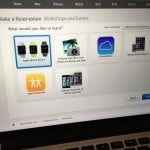 The 10 biggest technology stories this week: WWDC 2015, Apple Watch, Tim Cook and more
Nothing found :(
Try something else