You are using an outdated browser. Please upgrade your browser to improve your experience.
iPhotographer
by Joe White
May 5, 2015

Reformator, the batch image editing app for Mac, has received a great update making it easier than ever for folks to edit their iOS-captured photographs.

In the app’s latest release, 1.2.0, the folks behind Reformator have added a useful metadata editor to the software. This, as you’d expect, makes it possible for iPhone owners to edit the detailed metadata which Apple’s iOS embeds inside of images captured on the smartphone (and iPad).

Among the metadata now available for folks to edit inside of Reformator is geo-data (including the GPS coordinates for the location where individual digital photographs have been captured), the capture date for the image, tags, keywords, copyrights, and ratings. A lot of iPhone owners forget that the Camera app embeds this useful metadata inside of images, and a number of third-party applications for Mac (like Hazel, for instance) allow users to perform a wide-ranging number of tasks with this information.

Reformator, of course, makes it possible for folks to edit this data directly, allowing Mac users to perform a quick-fix for any metadata slip-ups which might have occured on their iOS device. Besides the above change, the updated application now also shows GPS locations on the map for your images, too.

Further features in the app include batch image conversion, a built-in photo browser, advanced renaming options, quick resizing, and the option of adding custom watermarks to your images. Reformator users can also perform a range of color adjustments with the application, too. All in all, it’s a smart and useful piece of software.

You can download Reformator on the Mac App Store for $7.99, though a free trial is available from the developer’s website. If you’re interested in downloading the app, do so quick: $7.99 marks a 33-percent-off discount on the application’s usual price. 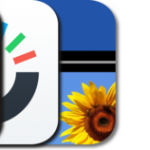 Organize your photos efficiently with these iOS apps 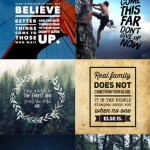 Create beautiful quotes and designs with Typorama
Nothing found :(
Try something else