You are using an outdated browser. Please upgrade your browser to improve your experience.
by Daniel Celeste
June 16, 2015

Apple introduced the Notification Center – a thing you pull down from the top of the screen that shows all of your recent happenings – in iOS 5. While it has been a very useful addition to iOS over the past few years, especially on the iPhone, one thing has always remained true: it’s awkward on the iPad.

That’s why I’m really excited for what they’re doing to fix that in iOS 9.

A brief history of the Notification Center

At first, back in the pre-iOS 7 era, Notification Center on the iPad was a panel constructed of linen. It served its purpose, but Apple knew they could do better than a scrap piece of fabric. 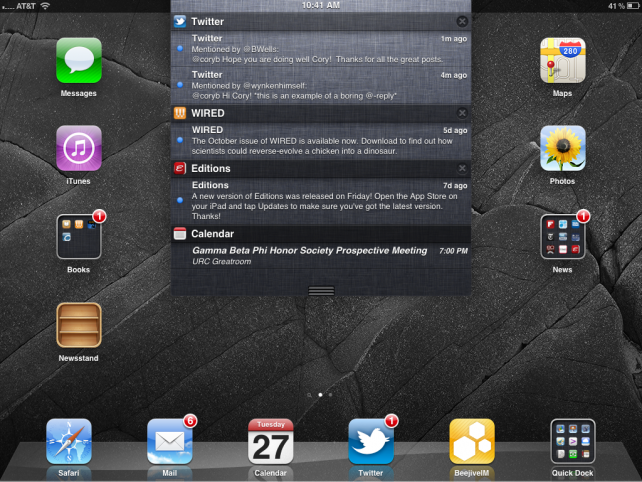 Then iOS 7 came, which was so radically redesigned that the first developers-only beta for the iPad came weeks after the iPhone’s. At this point, it was noted that a lot of UI elements had come directly from the iPhone version and were stretched to fit the iPad’s larger canvas. We thought that Apple was going to do something about all the wasted space in the later phases of beta testing, but low and behold, this is the Notification Center we’ve been using for two years now. Not to mention that awful “Missed” notifications tab. What the heck was that for, anyway? 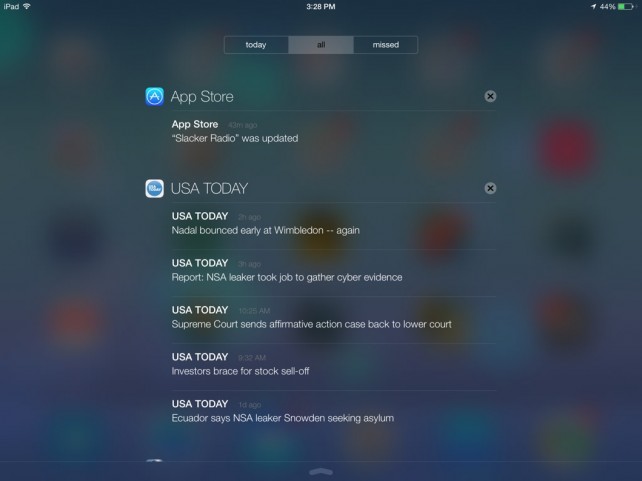 Notification Center in iOS 7 (and iOS 8).

Here’s what will come with iOS 9

While the iPad’s Notification Center in iOS 9 looks similar to its predecessor when the device is in portrait mode, there’s an entirely new view when accessed in landscape. Instead of having a single narrow column for notifications and widgets, you can decide which widgets remain pinned on the left while viewing notifications and less important widgets on the right. This is completely customizable by scrolling to the bottom of the Today view and tapping the “Edit” button. 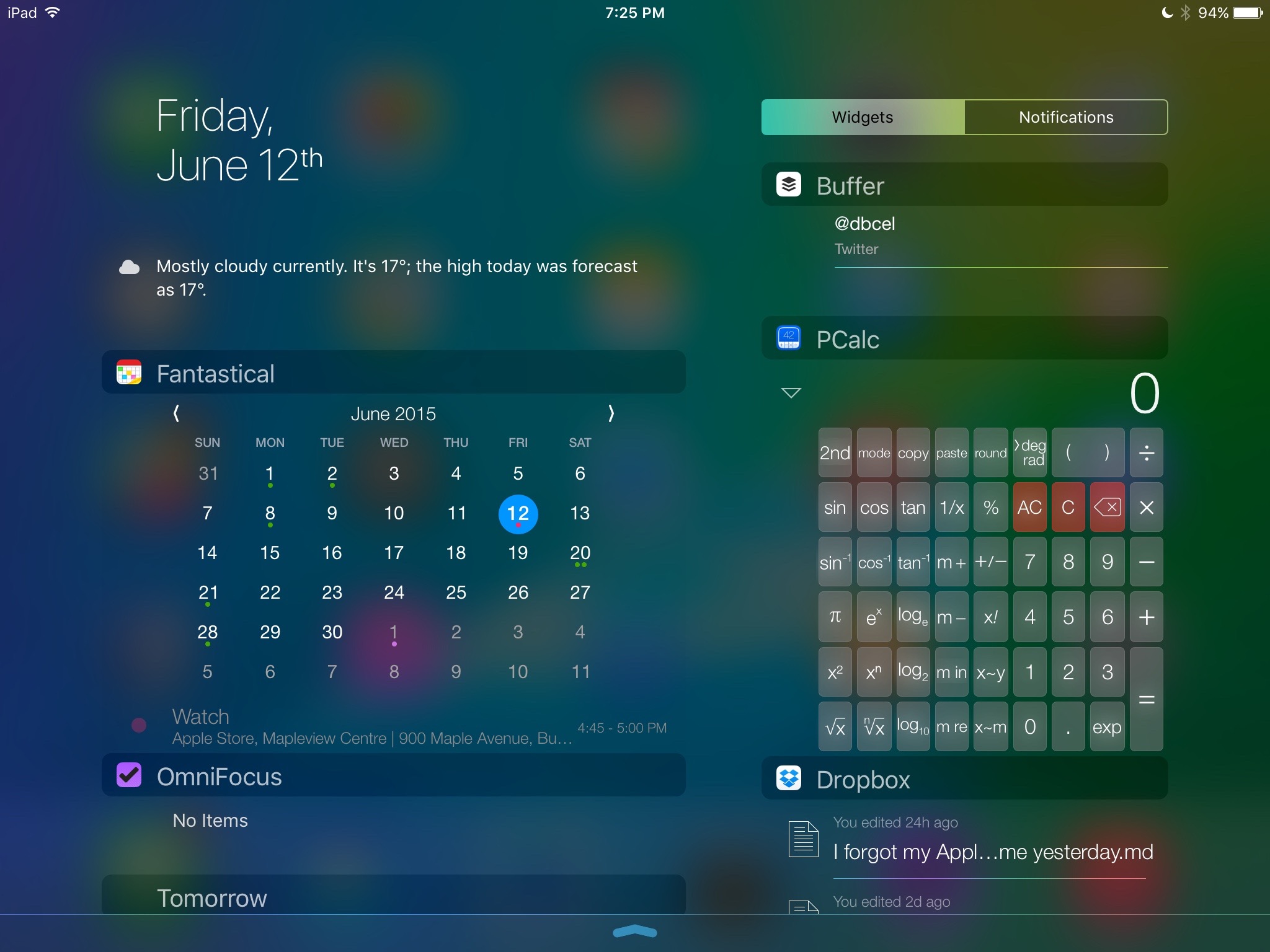 We’re really excited to see subtle, yet important improvements like this coming to iOS 9. With a developers-only beta available right now, iOS 9 will be available via Apple’s public beta program in July. A full public release will take place in the fall of 2015.