You are using an outdated browser. Please upgrade your browser to improve your experience.
Apple's Software
by Bryan M. Wolfe
June 23, 2015

Fifteen days after introducing the first version of iOS 9 to developers, Apple has pushed out beta 2. The new beta is available to download on Apple’s developer page. You can also download the update over-the-air (OTA), assuming you had the first beta installed on your device. 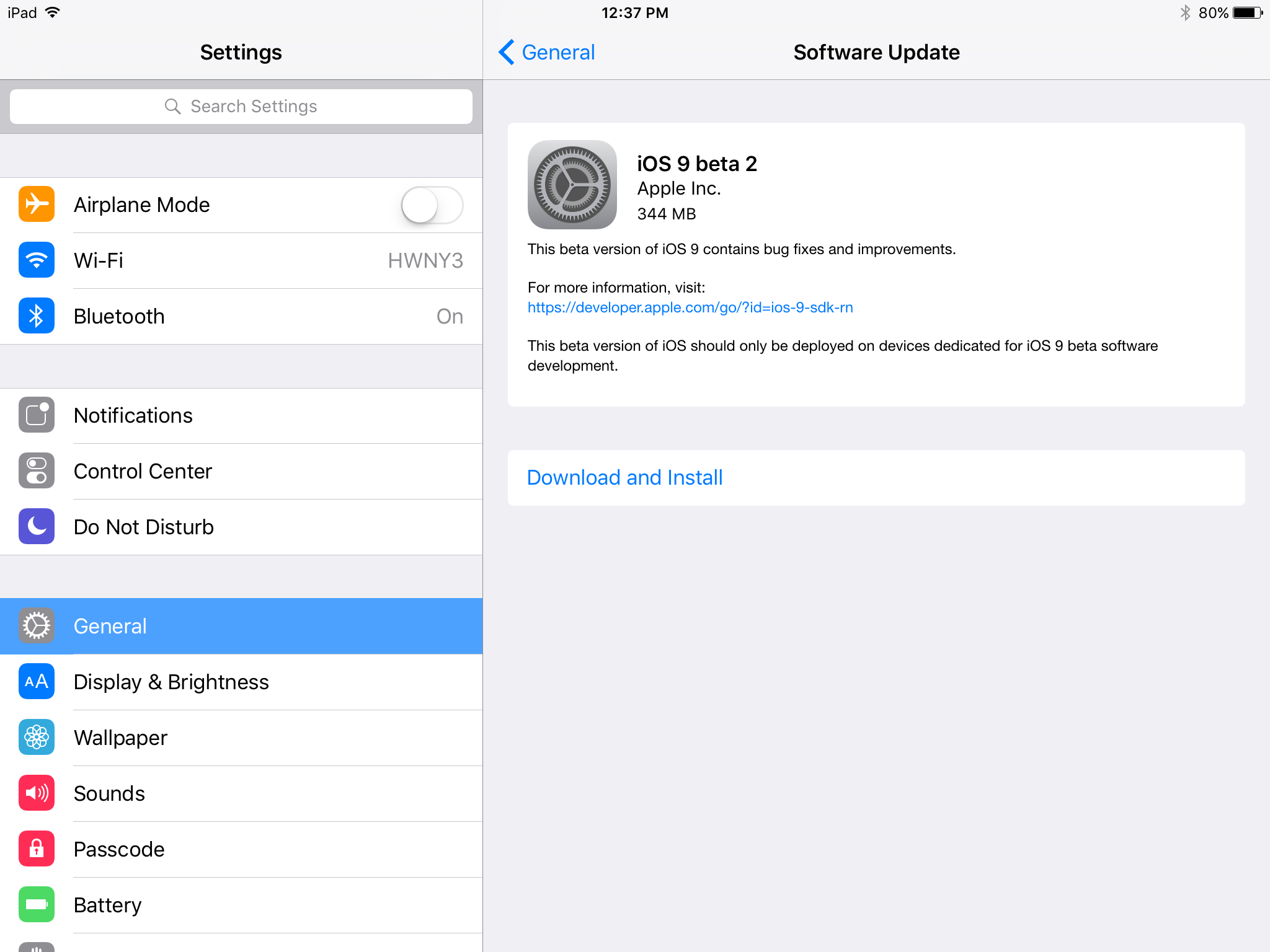 The iOS 9 update will launch to the public later this year, alongside next-generation iOS devices. A public beta is launching in July.

For more on iOS 9, see: Mobile file management is easier with the iOS 9 iCloud Drive, and Are you pumped for iOS 9? 5 top reasons you should be.

The rumor that won't go away: a virtual home button
Nothing found :(
Try something else