You are using an outdated browser. Please upgrade your browser to improve your experience.
Apple's Software
by Brent Dirks
June 10, 2015

Apple is taking Continuity to the next level with iOS 9.

Originally introduced last year with iOS 8 and Mac OS X Yosemite, users could answer a call or text to their iPhone on a Mac or other iOS device. Just one catch, though. All of the devices needed to be on the same Wi-Fi network.

But that’s changed with the newest version of Apple’s software. T-Mobile has confirmed that it is currently the only carrier in the world to support the previously unannounced cellular Continuity feature in iOS 9.

That means, for example, that you could leave your iPhone at home and take a Mac and iPad to work. Any calls or text received by your phone would automatically be routed over the cell network to another Apple device using the same iCloud account – even an Apple Watch.

T-Mobile confirmed that the feature is active in the first beta version of iOS 9 seeded to developers earlier this week. A public beta program should kick off in July and the software should officially arrive to the public sometime this fall.

Here’s hoping T-Mobile won’t be the only carrier that supports the feature for long. While I’ve enjoyed Continuity in certain situations, breaking it free from requiring the same Wi-Fi network would really be great.

For other recent iOS 9 news, see: With iOS 9, you can track how often you have sex, Here’s how iOS 9 actually saves space on your iOS device, and Apple’s iOS 9 offers a dedicated iCloud Drive app. 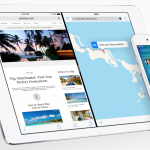 Apple is adding content blockers to Safari in iOS 9 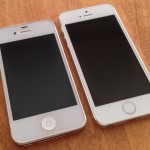 With iOS 9, developers can cut support for older processors
Nothing found :(
Try something else