You are using an outdated browser. Please upgrade your browser to improve your experience.
iWallet
by Brent Dirks
June 5, 2015

Apple will need to convince a number of skeptical retailers in the United States to grow Apple Pay acceptance. That’s according to an interesting new report from Reuters.

The news agency surveyed the top 100 retailers in the country. Two-thirds of the 85 respondents said that they wouldn’t accept Apple Pay this year. Only four retailers said they have plans to offer support for the mobile payment service by the end of 2015.

A number of retailers cited some unique reasons for not wanting Apple Pay. Here’s more from the report:

The top reasons retailers cited for not accepting Apple Pay were insufficient customer demand, a lack of access to data generated in Apple Pay transactions and the cost of technology to facilitate the payments. Some merchants said they were holding out because they plan to participate in a new mobile payment system to be launched by a coalition of retailers later this year.

That new mobile payment system, CurrentC, is backed by a number of retailers including Wal-Mart. And as you can probably guess, that system will give companies a significant amount of data about customers and their buying habits. It should launch sometime this year.

Even so, two big retailers in the United States – Best Buy and Home Depot – will support Apple Pay by the end of 2015.

While I’ve enjoyed using Apple Pay on my iPhone 6 Plus, and especially Apple Watch, I’d like to see more retailers offer Apple Pay. But I also plan on continuing to support the retailers that have already rolled out support for the safe and secure technology.

The rumored Apple Pay rewards program could also possibly be introduced at WWDC next week. That could help increase customer usage and help convince more retailers to offer support as well. 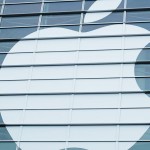 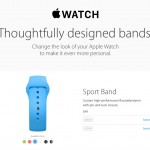 Many Apple Watch bands are now shipping in one business day
Nothing found :(
Try something else